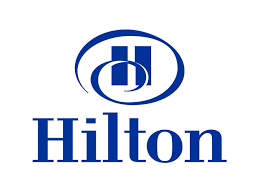 Cape Verde is currently experiencing a boom in luxury Hotel chains entering the islands. The latest in a line of new Hotels to enter Cape Verde is the Radisson Blu Hotel which will be built in Sal island. This joins the Hilton Hotel (under construction), Riu Hotel, Royal Decameron and Melia Hotels.

Since 2005, Tourism has increased on average by 10% per year (with some years’ seeing higher increases). High occupancy rates in Cape Verde hotels of up to 85% (world average is 68%) has caught the eye of more Global Hotel Chains who want to operate there.

By the end of 2019, there will be 4 new hotels built and operating in Sal island alone, with another seven planned to be constructed on Boa Vista, Sao Vicente and Santiago islands. .

The hotels entering Cape Verde are;

This year, the Riu Garopa and Riu Funana Hotels in Sal have undergone a refurbishment to take them from 4 star to 5 star quality. Shortly, Oasis Atlantico hotel group will announce plans to refurbish some of their hotels on the islands to 5 star quality.

The future is looking good and with the excellent climate of Cape Verde attracting even more sunseekers.

Cape Verde is quickly becoming an established and exciting destination for international tourists.