The African Islands the whole world wants to visit – The Telegraph 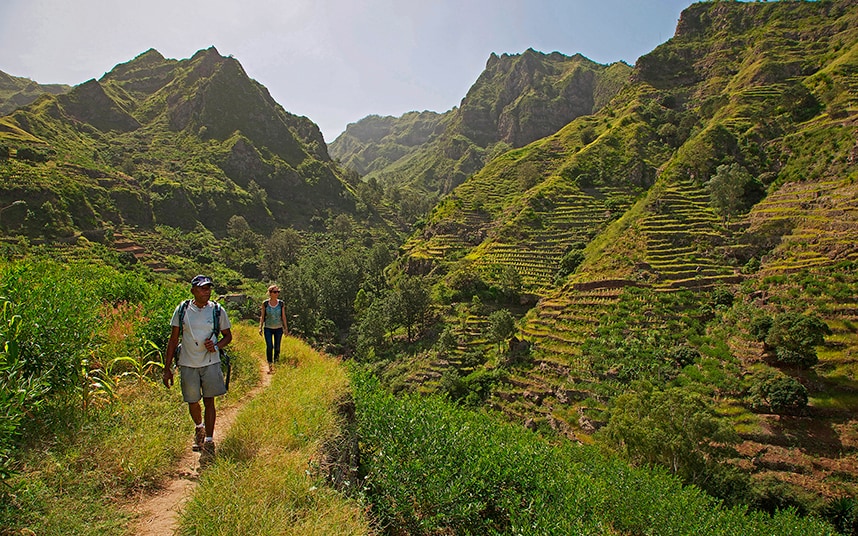 The African islands that the whole world wants to visit

As a holiday destination, Cape Verde has plenty to recommend it. It’s a year-round sun spot with alluring beaches, volcanic hiking routes, and a lively music scene, not to mention direct flights from the UK at under six hours, and no time difference – so no jet lag to contend with.

These draws would appear to be common knowledge. Indeed, it seems that just about everyone is searching for it online.

According to the Global Travel Search Index, which ranks the holiday destinations that have shown the greatest increase in Google search interest over the past 12 years, Cape Verde takes the top spot – with a spike of more than 3,000 per cent since 2004. Earlier this year the islands were named the second most searched-for spot on Earth for Britons, sandwiched between the perennial city break favourites of Barcelona and Amsterdam.

Not that all those searches are translating into visits. The latest stats on tourism reveal that the Atlantic archipelago – covering around 1,500 square miles – only welcomed 644,000 tourists in 2016. By comparison Tenerife, covering 785 square miles, had 5.7 million tourists that year.

A spike in Google searches

True Luxury Travel, which assembled the Global Travel Search Index, found that Cape Verde had the biggest increase in Google searches since 2004 worldwide (looking at 2017 alone, it came in second, after Barcelona).

To accurately assess rises and falls in annual searches, Google Trends issues various geographical locations with a “score” based on the overall volume in searches, taking into account how many people have been using Google over time.

Which destinations saw the biggest drop in Google searches?

Libya saw the most dramatic dip in search interest for holidays there (an 88.8 per cent drop over 12 years), for obvious reasons, having descended into civil war six years ago. The Foreign Office continues to advise against all travel there, and Tripoli’s International Airport has been closed since 2014.

Have visitor numbers in Cape Verde actually been climbing?

Henry Morley, Founder of True Luxury Travel, tells us: “A key reason for the increase in search volume for Cape Verde is due to much greater accessibility to the islands.

“Recent years have seen greater availability of direct flights from the UK which will have brought the country to the forefront of people’s minds as a potential holiday destination.”

Airports have been opening on all Cape Verde’s inhabited islands, the newest international hub being Cesária Évora Airport in late 2009.

Morley added: “We found similar patterns with other destinations, with greater flight accessibility to south-east Asia and India from the UK making these once far-flung locations easier to visit.

“Oman and Cambodia are two destinations which have experienced a huge influx in recent years and we have seen that reflected in a surge in recent bookings.”

What do our experts make of Cape Verde?

Telegraph Travel’s Rachel Cranshaw, who visited Sal in Cape Verde this year, predicts its popularity will continue to increase. “Its main selling points are that it’s a six-hour direct flight from the UK, with little or no time difference, and better guaranteed year-round sunshine than the Canaries,” she notes. “But it’s much cheaper – and closer than the Caribbean.”

Sal, Cranshaw adds, does have its disadvantages. “It can be very windy for extended parts of the year (though this makes it a big kite-surfing destination), it’s very arid and doesn’t have a great deal in the way of culture or cuisine.

“It also traditionally attracts an older demographic – but I think this will change, with resorts and clubs opening that make it a cheaper alternative for those that flock to in the likes of Mykonos, Marbella and Ibiza.”

Deputy Travel Editor Andrew Purvis paints a picture of Cape Verde as it was five years ago, when he visited in late 2012, describing it then as “somewhat scruffy”.

“When I was there, flights were all full because one of only two planes serving the islands had broken down,” he says. “There was very little to do on the main tourist islands, Sal and Boa Vista, apart from park yourself on the beach and maybe try some watersports.

“As an indication, I was taken on a minibus tour of the highlights of Sal, including a fly-ridden rock arch and cave, a down-at-heel fish market and a desert mirage.”

Still, the islands do what they on the tin, he concludes – singling out Sao Vicente for music, Santao Antao for food, and Santiago for hiking.

How can I get there?